There’s been a lot of Nuna EXEC chatter floating around the Magic Beans office this week, and one question has dominated the conversation: “How does the Nuna EXEC compare to the Nuna RAVA?” Ask, and we’ll answer! After doing a little research, we’ve come up with a handy comparison guide for the Nuna EXEC versus the Nuna RAVA. Read on for all of the details! You already know and love the Nuna RAVA, but here’s a little refresher: pricing in at $449.95, the Nuna RAVA is a wildly popular car seat that has impressed families around the world with its flame retardant chemical-free fabric, extended leg room capabilities, and no-rethread harness. It’s a convertible car seat, which means it has both a rear-facing orientation (for kids who weigh between 5 to 50 lbs, are up to 49” tall, and/or are up to two years old) and a forward-facing orientation (for kids who weigh between 25 and 65 lbs, are up to 49” tall, and/or are over the age of 2). With 10 head support positions and 10 recline positions, the versatility of this car seat is a huge draw for families looking for a new car seat that’s safe, comfortable, and easy to use.

Want more details on the Nuna RAVA? Check out our official YouTube review. 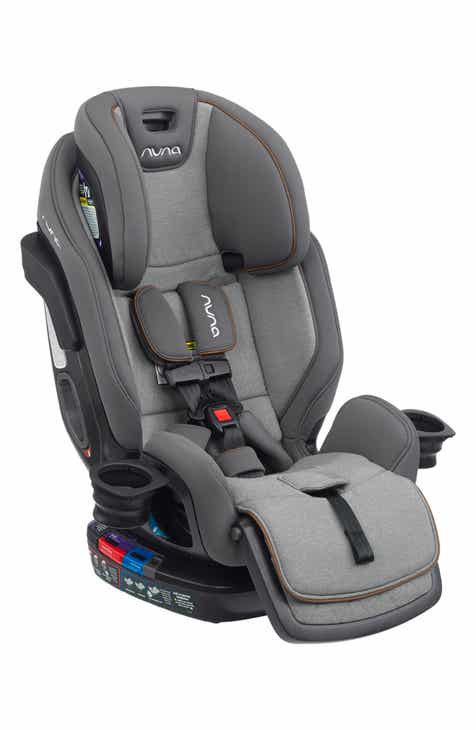 HOW DO THEY COMPARE?

So, which of these two car seats is best for your family? Both the Nuna EXEC and the Nuna RAVA have all-steel frames, anti-rebound panels, easy installation instructions, and a variety of color choices, so how can we best discern which is better? It might be tempting to automatically say, “I’ll get the Nuna EXEC, obviously!” due to its longevity, but what the matter really boils down to is what meets your kid’s needs the best. Does you kid need an infant car seat, or are have they already outgrown that stage of their life? Do you prefer the ease of using the same car seat everyday, or the innovation and advances that come with buying a new car seat every few years? That’s for you to decide!

Still not sure which car seat will be best for your child? Reach out to us anytime via email at questions@mbeans.com. We’re always happy to talk shop! You can also contact our Baby Gear Gurus via phone (866-600-BEAN) during business hours (M-F, 9 am-5 pm EST), by utilizing the Product Expert Chat on our website, or by scheduling a video consultation. Finally, get all the advice you need by visiting our YouTube channel!

When is the Nuna exec granite available?

I believe you have a couple inaccuracies in this comparison:
1. The Nuna Rava does not have anti-rebound panel
2. The Nuna Rava has an infant insert as well